Is the ‘Normal’ Way the Right Way?

I don’t want to sound like a relativist, but what is “normal” anyway? I think opening a post with a dictionary definition is pretty cliché (/klēˈSHā/), but I’d like to try to reach some standard for the word normal. The spirit of the definitions I’ve found include: “Conforming to a standard; usual, typical, or expected” and “the usual, average, or typical state or condition.”

Let’s take a look at what is considered normal in the culture we live in.

Author and Phychiatrist Daniel Amen was hard-pressed to find a “normal” brain. In one of his own studies, Amen found 49% of his participants to have at least one psychiatric illness. (1)

We live in an increasingly anxious world. “Valium was, significantly, one of the first psychoactive drugs to be used on a large scale on people who were basically fine. It has since been surpassed by other drugs, like the popular tranquilizer Xanax.” (NY Times) Apparently the new normal is to take something to help us feel more normal.

It’s hard to see a more intentional effort to normalize homosexual relationships in the entertainment world than in NBC’s The New Normal, a show starring a gay couple. The promotion for the show goes: “These days, families come in all forms – single dads, double moms, sperm donors, egg donors, one-night-stand donors… It’s 2012 and anything goes.” (NBC.com)

It’s evident that normalization of one thing leads to the need to change something else. With the increased acceptance of homosexual behavior comes the apparent need to redefine parental roles and the basic family unit as it’s been known for all human history. This move is starting in France, where the government is set to ban the words ‘mother’ and ‘father’ from official documents. (Telegraph)

As of the last few days, Protestantism has apparently stopped being the norm in America as less than half (48%) in the U.S. now identify themselves as Protestant, with those claiming “no religion” quickly on the rise. (USA Today).

We could go on using recent headlines, but the above illustrates ‘normal’ that conforms to a standard of averages. Appealing to popularity as the standard for ‘normal’ is obviously relative and subjective, prone to continually evolve. It depends on the influence of an ever-changing culture. If we consider a fixed standard for normal, a Biblical standard originating from the very nature of God, we can connect normal to an objective standard that doesn’t change. God is the only place we will truly be able to find a true fixed standard. Then purpose and design also become relevant. God’s intent for gender roles, sexuality, family, marriage, mental and physical health, and worship is much different—or abnormal—relative to modern culture. 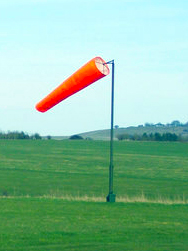 What many call a moral compass is really just a windsock.

Since normal can be defined either by what is popular and changing or what is true and unchanging, a “normal” thing can be good or bad, right or wrong. Obviously then, normal does not always mean right—it’s often wrong.

In terms of popular consensus, normal and good were joined in the beginning in God’s “good” creation (Genesis 1). Will it ever be like that again? Christians are promised a future where what is normal is only what is right and true, when Jesus makes a new creation in line with His original design and purpose.

Then I saw “a new heaven and a new earth,” for the first heaven and the first earth had passed away, and there was no longer any sea. I saw the Holy City, the new Jerusalem, coming down out of heaven from God, prepared as a bride beautifully dressed for her husband. And I heard a loud voice from the throne saying, “Look! God’s dwelling place is now among the people, and he will dwell with them. They will be his people, and God himself will be with them and be their God. ‘He will wipe every tear from their eyes. There will be no more death’ or mourning or crying or pain, for the old order of things has passed away.” He who was seated on the throne said, “I am making everything new!” Then he said, “Write this down, for these words are trustworthy and true.” He said to me: “It is done. I am the Alpha and the Omega, the Beginning and the End. To the thirsty I will give water without cost from the spring of the water of life. Those who are victorious will inherit all this, and I will be their God and they will be my children. (Rev. 21:1-7)

What many call a moral compass is actually just a windsock, revealing the momentary direction of the wind rather than true north. If we define normal by the objective standard of morality we can’t deny, the one described in the Bible, we avoid the confusion that a standard based on the winds of culture leave us with. And really there is nothing that can’t be made ‘normal.’

You are currently browsing entries tagged with compass at God&Neighbor.