Is Morality Fact or Opinion? 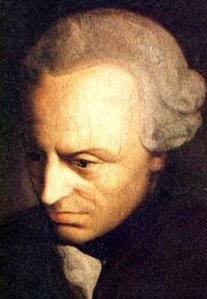 Below is a discussion that developed on a friend’s Facebook comment thread surrounding a New York Times opinion piece highlighting a perceived inconsistency in how many schools teach about fact and opinion, asserting that students are being “told that there are no moral facts in one breath even as the next tells them how they ought to behave.” Marc posted an article rebutting the first article, stating that moral facts “are opinions because they are value claims” rather than objective or universal truth. Linked here are both original articles.

Why Our Children Don’t Think There Are Moral Facts by Justin P. McBrayer

Moral Truths and the Fact/Opinion Dichotomy by Thomas Whitley

Marc and I agreed that the ensuing debate was getting pretty lengthy, so I offered to move it here so that it might continue where it left off without further assault to our friend’s Facebook feed.

This is always a fun discussion (that’s my opinion anyway, not necessarily fact:). McBrayer’s article notes the self-defeating pitfall that all arguments for relativism fall into, and Whitley’s rebuttal is no exception. I am sure that when Whitley says that a value claim “does not express any universal truth”, this is something he hopes we will take as universally true. If he doesn’t, then there would be no point in making the statement, or any statement, because they are just subjective opinions. When Whitley says McBrayer’s view and pursuit of facts is “not the sort of work in which we should want our schools engaged”, he reveals his own moral values in what “we” (universal) “should” (morally obligated) do. Any worldview that sees no moral facts uses a moral basis for the same claim, because at the most basic level, there is a moral rightness or wrongness to how we choose to view reality. It’s convenient for secularists to deny moral facts, but we affirm their existence by the way we speak and live. We may be right or wrong about what a moral fact states, but we are keenly aware of the ontological reality of objective moral facts.

It’s even evident in the stories we dream up. Everyone agrees it’s wrong for one race to invade and destroy another race from a distant galaxy, even though their planets and evolutionary history are completely separate. Even in our fiction, we can’t imagine a world without objective and universal moral truth. When skeptics make moral judgments about what ancient cultures did, or about what God did in the Bible thousands of years ago in a different part of the world,they are imagining we all fit under the same transcendent moral umbrella.

Whitley explains the apparent “naturalized” nature of moral facts by saying that such decisions are rather based on “arbitrary (and self-serving) decisions made by social actors over a long period of time and the subsequent implementation of a policy…”. He is assuming (without observation or experimentation) that over “a long period of time” the most popular social norms became so engrained in our practice that we now view them as universal or objectively true. But if we are intellectually capable of having a philosophical discussion about how we tricked ourselves into thinking subjective opinion is objective fact, why do we still live as if moral facts exist?

Whitley’s critique of the moral value of “all men are created equal” is interesting. He calls it androcentric, but “men” here means “mankind”, not just males. He is right that the founders who asserted this moral truth based it on Biblical principals that assume a Creator. It’s important to note that our deepest convictions are always based on something we cannot prove and therefore must believe on faith. Most secularists deny this, but nonetheless can’t produce a proof for relying on the basic laws of logic other than the basic laws of logic. Ultimately it’s circular, because at the base of our beliefs, whatever they may be, there is something we can’t prove by anything greater. That’s okay though, as long as what you assume makes sense of the reality you can actually observe and test. Faith in the Creator God described in the Bible makes sense of the fact that we can’t NOT know that objective, universal moral facts exist. If we suppose that moral values evolved over time, we are left with a chicken/egg dilemma. How do we call something moral before moral standards evolved? (https://godneighbor.wordpress.com/…/proof-of-an…/)

Mike, I’m really pleased you took this seriously. I agree it is a fun debate but that it can have serious ramifications.

I don’t think you show how “all men are created equal” is the same sort of statement as “2 plus 2 equals 4” — which I think is McBrayer’s premise. One is an opinion and one is a fact. In your last paragraph, you seem to say (in the logic sentence) that ultimately logic and, I suppose, mathematical “facts” can’t prove logic or math other than employing math and logic. Thus, faith. You’re missing, though, that ultimately, we don’t believe 2 and 2 makes 4 because we have faith, we assume 2 plus 2 equals 4 because assuming otherwise has never held to be true (empiricism) — the vast preponderance of incidents where adding two things to two things results in four things makes it absurd to act otherwise. You don’t walk through a closed wooden door for the same reason — it’s absurd based on your experience to expect that you would go through it. That is a categorically different kind of knowledge than “killing is wrong” or “all men are created equal.”

Marc, thanks for the reply! I would agree that it’s hard to see the similarities between something like 2+2=4 and “All men are created equal”. They are the same in that both have the potential to be true or false regardless of our knowledge or belief about them.

The difference really is one is much easier to demonstrate and prove than the other. 2+2=4 can be shown by taking any 2 material objects and adding two more to get four (fingers, coins, cars, etc). Numbers are conceptual until there is something available to quantify, and we are surrounded by things to count, add, subtract, etc. This leaves little room for faith. If we didn’t have such things available, math would be very difficult to explain and you’d have a lot of skeptics doubting your faith in or opinion about the equation. Even equations on paper are only meaningful because written numbers and symbols correspond to things or events or ideas we can observe and count. When math strays away from pure numbers we may lose some followers when dealing with abstract concepts like infinity, because infinity is either impossible or literally takes forever.  But simple 2+2 can be demonstrated and at least as long as we have seen, always makes 4.

God creating anything cannot be proven, but it may still be true. Facts are defined as true regardless of perspective, and it’s also the case that I believe it to be true in my opinion. (That doesn’t make it true or factual, just noting where opinion fits in). Several reasons exist why Creation is impossible to prove: 1) It was in the past and we are not there to observe it (math is present and observable), 2) We are not God and cannot simulate/test His assignment of worth to human beings, and 3) While creation is material and present, God is spirit and therefore unfit for material testing.

Imagine an object on the far side of moon. It has definite properties and it in fact exists apart from our knowledge of it, and since we cannot get to it, we would never know it existed unless it was revealed to us somehow. Christians believe that God reveals Himself in His word. We can’t prove this so ultimately it’s faith-based belief. Hebrews 13 says that “by faith we understand…”, meaning for some things, faith must come before we can say we “know” something is true. Basic “self-evident” axioms we hold to a priori don’t require proof but we presuppose them as facts in order to prove supported beliefs.

Examples are natural and moral laws, which we call “laws” not because we wrote them. Like the law of uniformity, gravity, or cause and effect, we discovered patterns and consistencies in nature and dubbed them “laws”, because they seem to be reliable, governing, and are followed, like the laws we are familiar with in everyday life. But laws we observe everyday require a law-giver; someone writes them. Can a mindless universe that began as just matter and motion produce the laws of logic? Nothing we observe now indicates this. Why do we treat moral law (I.e. “Murder is wrong”) as if it should apply to everyone, everywhere, for all time, if it’s supposed to have evolved? Laws we create have limited jurisdictions. Why is there order and uniformity in the universe that actually allows us to predict, experiment, and make assumptions about the future based on the past if the universe is the product of chance? Even “the vast preponderance of incidents where adding two things to two things results in four” relies on an assumption that the future will be like the past, order that shouldn’t exist in a random universe. However, if the God of the Bible exists, then these laws make sense (God is logical, moral, and orderly), and our dependence on these laws makes sense.

You are currently browsing entries tagged with morality at God&Neighbor.