The Routes of Faith Testing 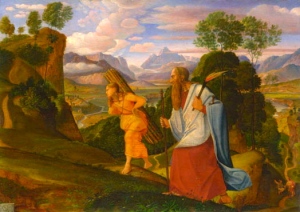 Sometimes God will ask us to do something He doesn’t intend to have us finish. That may sound like another way of saying we are doing something we shouldn’t, something we thought was the will of God, but then we receive a course correction. That’s always possible, but the test of Abraham in Genesis 22 shows that God does challenge the faith of His children by defining and then changing our course. When God asked Abraham to sacrifice his son Isaac, it’s hard to imagine the weight of that in Abraham’s mind as the two of them journeyed up the mountain to the altar site, Isaac having no idea what was ahead. But there was also tremendous faith displayed in the confident response of Abraham to his son’s inquiry.

Despite whatever anguish that may have welled inside Abraham from God’s command to sacrifice his own child, the overruling conviction was Abraham’s faith in God providing some way to redemption. We know how the rest of the story goes. Altar built, son bound, knife in hand, Abraham’s hand was stayed by God at the right moment.

“Do not do anything to him, for now I know that you fear God because you did not withhold your son, your only son, from Me.” Abraham looked up and saw behind him a ram caught in the bushes by its horns. So he went over and got the ram and offered it up as a burnt offering instead of his son. (Genesis 22:12,13)

God doesn’t change His mind, but He may change ours.

There was a church that had sold an aging building and ended up “wandering” 13 years looking for a permanent home moving from one rented space to another—3 schools and a conference center. A familiar scene for many churches. This wandering church had actually made a land purchase, only to use it for a down payment on another piece of land that was not to become their permanent home either. Several land opportunities came and went.

Along the way the wandering church met a church with a building and a very similar vision and decided to join forces in youth ministry, something both churches had struggled to maintain independently. The ministry was strengthened by this. But the grittier side was that both churches had mountains to climb. The small, wandering church faced the daunting task of building on a newly acquired property with very limited funding. The church with land and a building was faced with the very real possibility of losing both due to dwindling numbers and a tragically injured pastor. Nonetheless, both churches remained faithful with what they’d been given and were confident God would see them through the days ahead. Both churches had done their due diligence.

Then God stayed the hand. The church with the building offered it to the wandering church at the cost of taking over the remaining mortgage payments. The wandering church accepted, inviting the others to join them and allowing them to keep the building they had built just 10 years earlier. Both congregations could now continue in worship and service together, neither having to make the sacrifices they had been faithfully preparing for.

The wandering church is ours, and today was our first Sunday in a new 20,000 square foot building with nearly twice as many saints as last week. But new challenges are ahead. Remembering that churches aren’t beautiful buildings but people, and that we are not an elite group of people because God chose to make our path easier—these may be among the new challenges. But God knew how wearisome we all had grown from the old challenges and the climb that was ahead of us. We worship today with a renewed sense of gratitude and purpose.

Consider it all joy, my brethren, when you encounter various trials, knowing that the testing of your faith produces endurance. And let endurance have its perfect result, so that you may be perfect and complete, lacking in nothing. (James 1:2-4)

§ 4 Responses to The Routes of Faith Testing

You are currently reading The Routes of Faith Testing at God&Neighbor.