When Love Aims Low (Learning from the Jennifer Lawrence Thing) 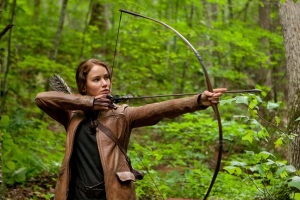 According to actress Jennifer Lawrence, hacking nude photos is a sex crime.(1) This is an understandable statement considering what happened to her. Nude photos she had taken of herself which were intended for her “longtime boyfriend” were stolen from her iCloud account by a hacker and posted on the internet, along with other celebrity photos. Her outcry for stiffer penalties for hackers highlights the “disgusting” injustice of her private photos being made public. This invasion of Lawrence’s privacy is indeed wrong, but I think this focus on her suffering pushes aside other questions we should be asking.

For starters, Jennifer’s naive expectation is that “being a celebrity doesn’t mean that every detail of her life should be public.” Granted, invasion of privacy is not fair or just. But should anyone in the entertainment industry expect that their privacy be respected by all? Has that ever been the standard in that industry?

Perhaps the most obvious moral question we should ask is this: Should we proliferate naked pictures ourselves at all? Is it worth the risk, considering the proficiency of today’s hackers and especially in an industry where you know there are folks bent on stealing them? In a related opinion piece (Who’s at fault over J-Law’s nude photo hack?(2)), Peggy Drexler expresses frustration over this practical wisdom however, labeling it “ridiculous logic”.

“While we’re at it,” Peggy reasons, “Don’t leave the house. After all, you could get mugged, or raped. You’d better not fly on a jet, either, what with all the terrorism and overworked pilots. Swim in the ocean? No way: sharks!”

Drexler’s own logic is fatally flawed in her comparison of risky behavior like sexting to behavior that is normally not morally questionable, like leaving the house. Not all risks are equal. This is a category error, otherwise known as the fallacy of composition.

But without an objective moral guide, why wouldn’t such logic make sense? Herein lies the problem, and the proverb(3). If all expressions of love are equal, then we can sacrifice good sense on the altar of freedom of that expression. Sexual morality gets reduced to something like “etiquette“(4) or “consent“(5). Crazy thought here, but what would happen if we followed the Bible’s example for love and relationships?(6) If we keep our nudity between ourselves and the one we marry (someone we would likely be sharing a home with and not relegated to long-distance romance) we would have no practical reason to commit images to a hard disk and we would almost certainly avoid the humility that Lawrence is experiencing. But secular voices would argue against those boundaries of marriage, modesty or prudence, even at a great cost to personal privacy. Personal freedom to express ourselves as we see fit often trumps all that.

But morality is more than pragmatism. Certain things are right and wrong regardless of whether we see immediate consequences (by agreeing or disagreeing with that statement, we support its truth), and our conscience normally doesn’t keep quiet about the place of sex within marriage. Perhaps spurned by her conscience, Lawrence seeks to justify sharing nude pictures of herself with her boyfriend, who is apparently no longer on the scene. “I was in a loving, healthy, great relationship for four years. It was long-distance, and either your boyfriend is going to look at porn or he’s going to look at you,” she said.

This is where the arrow falls the furthest from the mark. In this view, a man must choose between pornographic images of strangers or pornographic images of his girlfriend. What a sad and thankfully false dichotomy. Regrettably, this illustrates a very low and defeatist view of love and relationships. Love does not equal sexual expression or exhibition. We were made by a loving God to aspire for much more than sex and degrading satisfaction as the standard for relationships worth keeping. The idea that we must maintain or uphold a relationship with sex is a doomed hunger game. We are never satisfied.

Celebrities who fail in public serve as living parables. May we point out the error only to illustrate truth about love, and realize there are many more who have failed in private, including ourselves. God’s love wasn’t given to us because we were lovely, but because we were wretched, aiming for the dirt. “But God demonstrates his own love for us in this: While we were still sinners, Christ died for us.” (Romans 5:8) God wrote the Book on a love worth targeting.

In those deceptive moments, in those deceptive days,
When the dung and the mire look like the high wire,
Will there be anyone who loves me enough to say
You gotta aim a little higher…(7) (Charlie Peacock)

You are currently reading When Love Aims Low (Learning from the Jennifer Lawrence Thing) at God&Neighbor.