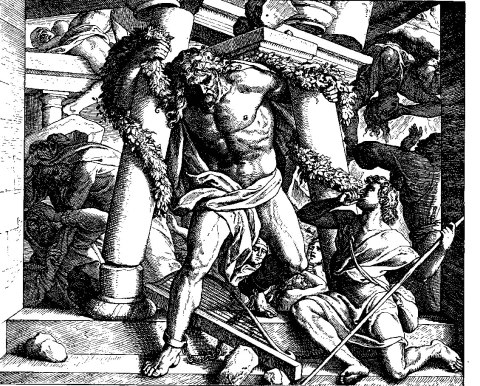 Hillsong music writer Marty Sampson revealed on Instagram that he is “genuinely losing” his Christian faith. Below is Sampson’s full post, since deleted:

Time for some real talk. I’m genuinely losing my faith, and it doesn’t bother me. Like, what bothers me now is nothing. I am so happy now, so at peace with the world. It’s crazy.

I am not in any more. I want genuine truth. Not the “I just believe it” kind of truth. Science keeps piercing the truth of every religion. Lots of things help people change their lives, not just one version of God. Got so much more to say, but for me, I keeping it real. Unfollow if you want, I’ve never been about living my life for others.

All I know is what’s true to me right now, and Christianity just seems to me like another religion at this point. I could go on, but I won’t. Love and forgive absolutely. Be kind absolutely. Be generous and do good to others absolutely. Some things are good no matter what you believe. Let the rain fall, the sun will come up tomorrow.

We’ve seen similar statements or renouncements from famous authors, pastors, preachers, or musicians, and it’s a sad kind of declaration to watch become more commonplace. As we wrestle with the reasons people seem to have such a tremendous change of heart about Jesus and what the causes might be, I will suggest real answers in the field of apologetics. Let’s look at Sampson’s specific questions.

Sampson: “How many preachers fall? Many. No one talks about it.”

Many talk about it, including Canadian pastor Carey Nieuwof.(1) He offers five reasons a pastor might fail morally, and what to watch for in your own life: Choosing isolation over community, ceasing to confess sin, ignorance of consequences, thinking the rules don’t apply to one’s own situation, and seeing failure as the best escape.

Scripture talks about it. From Paul’s warning to believers—likely including preachers—who have “fallen away” because they were “trying to be justified by the law.” (Galatians 5). There are of course many reasons we can fall. We can face temptation toward our own selfish desires (James 1:13-18), sexual desires (Proverbs 7, 1 Corinthians 7:2), quarreling (James 4:1-4), money (1 Timothy 6:9), weakness (Job 4:4), doubts (Proverbs 3:23), hubris (Daniel 11) heresy and idolatry (Jeremiah 18:15).

Sampson: “How many miracles happen? Not many. No one talks about it.”

Many talk about miracles, which are by definition rare occurrences, so we should expect to see “not many.”

CS Lewis shows the shortcomings of naturalism(2), the basis of most arguments against the miraculous. Other inexcusably famous and accessible apologetic works defending miracles include William Paley’s, whose argument against David Hume’s assumption that natural order is unchangeable is outlined by Dr. Mark Pickering and Peter Saunders: “It stands to reason that if God exists he would want to reveal himself, and use the miraculous to do it. If he used certain miracles to authenticate his revelation (eg at the inauguration of Christianity), this would be quite consistent with us not seeing the same miracles today, as they were for a particular purpose at a particular time.”(3)

The Bible also points to an over-reliance on miracles as a lack of faith, even in a time where we might say they were more common. Before healing the son of a Roman official, Jesus lamented that “Unless you people see signs and wonders, you will never believe.” (John 4:48) In Jesus’ parable in Luke 16, a rich man, now in eternal torment, is convinced that if his brothers witness a miracle, they will believe. On the contrary, Abraham tells him that “‘If they do not listen to Moses and the Prophets, they will not be convinced even if someone rises from the dead.’” (verse 31).

Sampson: “Why is the Bible full of contradictions? No one talks about it.”

Many talk about ALLEGED contradictions. Sampson presents what is called a “loaded” or “complex” question—one that assumes something unjustified when it is asked. If he would have honestly pursued the subject, he would have found the Bible to be without true contradictions. I talk about alleged contradictions in this post (“ISO: Actual Bible Contradictions)(4) but plenty of others have answered the Biblical contradiction question more comprehensively, explaining the difference between a contradiction and a textual variant(5), and many that analyze specific examples skeptics have offered as contradictions. One might start at ComeReason.org(6) or AlwaysBeReady.com(7).

Sampson: “How can God be love yet send four billion people to a place, all ‘coz they don’t believe? No one talks about it.”

I’m not sure how Sampson estimates the number of people going to “a place” (presumably hell) at 4 billion, but suffice it to say that lots of people talk about God’s justice, the crux of this issue. As with the other questions posed, resources are abundant.

You can read Christian apologist Dr. William Lane Craig’s debate with atheist Dr. Ray Bradley over the question “Can a loving God send people to hell?” at ReasonableFaith.org (8). A shorter treatise by J. Warner Wallace is on his site, ColdCaseChristianity.com(9). Wallace: “God doesn’t send good people to Hell. In order to consider ourselves ‘good’, we typically have to overlook much of what we think about and a lot of what we have done.”

Romans 3:23 reminds us that “all have sinned and fall short of the glory of God.” A foggy view of our own sin can easily lead to the notion that God’s justice is unfair, and so can a foggy view of God’s glory.

Sampson: “Science keeps piercing the truth of every religion.”

I assume this is about what some see as a disparity or conflict between science and the Christian faith, which actually disappears with a proper understanding of both. I blog about that here(10), and other resources are easily had(11).

Sampson has other questions too, about the reality of sickness and disease, that he says “remain in the too hard basket.”(12) None of them should be in the “too hard basket” unless he wants to keep them there. (For answers to the “if God, why suffering?” question, read this excellent RZIM article by Vince Vitale.(13))

Note that Sampson’s complaint is not that he doesn’t like or agree with the answers, but that they apparently aren’t offered. As we can see, to base a departure from Christianity on a lack of conversation about these subjects is plainly unfounded. A wealth of scholarly material, books, and widely available online resources geared for all kinds of skeptics designed to deal with all kinds of challenges to Christianity leaves nobody cause to say “No one talks about it.” Apologists talk about it all the time!

What kind of faith makes someone presumably so in reach of sincere apologetic answers so ignorant of them? Maybe an insincere faith? I think it can be said that not many people talk about making judgments about the genuine salvation of others. A repenting sinner’s relationship with God through true faith in Jesus Christ is supposed to be between God and the sinner. But recent faith renouncements by Sampson, author Joshua Harris(14), and others make me question the taboo of assessing another’s standing before God. At least in the context of discerning truth coming from teachers and preachers, Matthew 7:16 tells us “You will know them by their fruits.” It seems we are then expected to “know” something critical about the genuineness of their faith based on the evidence in their life.

Is all fruit easy to discern? Some folks aren’t very surprised at Sampson’s Instagrammed apostasy, judging from previous observations of soft theology from Sampson(15) or in Hillsong’s music in general(16). Progressive or otherwise heretical leanings are often easy to spot. But it’s not so easy to observe a person’s approach to the harder questions of faith occurring introspectively that may lead to the softening or derailment of our theology.

Some are afraid to ask hard questions for fear that they may look like they don’t have all the answers, or come across less spiritually mature as their celebrity might indicate. An emphasis on emotivism or experimentalism in Christianity tends to steer people away from the pursuit of intellectual confidence. Maybe it’s simply the case that only the people closest to us really know our struggles, conclusions, and the true depth of our faith—and we are not close enough to Sampson to know his.

God’s word tells us that we cannot, as Eric Metaxas wrote on Twitter, “un-meet” Jesus (17). Once a person has put their faith solely in Christ for salvation, that person is permanently and eternally saved. Jesus promises “My Father, who has given them to Me, is greater than all; no one can snatch them out of my Father’s hand.” (John 10:29). Since a believer does not save himself, he can’t “unsave” himself (Galatians 2:8-9). The Christians Paul was writing about in Galatians 5:4 who had “fallen away from grace” did not fall out of salvation. I don’t think Sampson has lost or is in the process of losing his salvation, but rather that he has never obtained it. Jesus said, “Many will say to me on that day, ‘Lord, Lord, did we not prophesy in your name and in Your name drive out demons and in Your name perform many miracles?’ Then I will tell them plainly, ‘I never knew you…’” (Matthew 7:22-23b). Note that Jesus did not say that they once knew Him, or that He once knew them, but that He NEVER knew them. If you were ever saved, you are now; if you’re not now, you never were. Sometimes that kind of fruit is hard to discern too, especially from way out here.

LETS TALK ABOUT IT!

What’s clear enough is that the stumbling blocks that have pushed Marty Sampson away from God, the ones “no one talks about,” actually have been and are continually talked about, and are at his very fingertips. I don’t think he wants those answers, but something else. The truth that Sampson says he is pursuing is never “what’s true to me right now.” It’s true for everyone at all times. That truth is that God is real and His love hasn’t gone away. His salvation through Christ and a confident faith is available to everyone, even Marty Sampson. We should pray he truly finds it.

You are currently reading Losing Your Religion? A Genuine Faith Shouldn’t Ignore Genuine Answers at God&Neighbor.